Note: Any similarity to individuals, locations or events is entirely coincidental.  See last month’s blog (In All Our Dreams) at the bottom of the page for cast of characters. Enjoy your visit to Woollyton.

Vince has just finished setting out the course for Woollyton’s Midsummer Run.  He sits on a bench, unscrews the cup from his battered Thermos flask and pours his coffee.  Mrs Vince – long-suffering and saintly – provides him with refreshments for all of his volunteering obligations.  On the occasions when duties coincide with cold or wet weather she diligently tops up the sweet, black coffee with a generous tot of rum but today, with the sun shining and a warm June morning ahead, Vince’s coffee is just coffee.  She has, however, thoughtfully packed a biscuit for him to munch on. 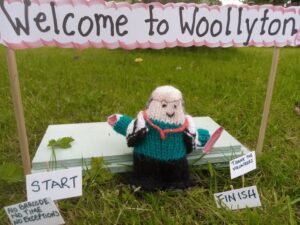 Vince dunks the digestive rather than munches it and thinks about the success of the Saturday morning runs.  Getting Olga the Opera Singer to give the pre-race briefings meant there was no need to buy a megaphone, although recently Dr Lizzy (the First Aider) has complained that the way Olga rolls a cigar up and down her thigh as she sings instructions to the music from Carmen means some of the runners are breathless before the race starts. 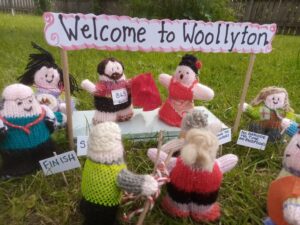 The only Saturday which wasn’t a success was the one when Mike the Marshal went missing.  Vince frowns as he recalls talking to the police, being interviewed by a reporter from The Woollyton Bugle and even – Vince nearly chokes as he gulps his coffee too quickly – having to answer an email from HQ asking for an explanation.  And why?  Because Roger had forgotten the three notes that Mike had given him to deliver.  The first had been to Vince saying that Mike had to leave his marshal post early as his flight to Amsterdam left at 1pm; the second was to Mrs Mike telling her that he’d been called away on urgent business. (Mike never explained to his wife why his business trips involved him being away for weeks at a time before he returned, suntanned and with a wallet full of cash, but to be fair, she’d never asked for details either.  She just thought he was more attractive bronzed than pale and was very happy to deal with the excess money); the third letter, addressed to his boss, said that his grandmother was seriously ill again and he’d been called to her bedside.  Apart from briefly marvelling at the recuperative powers of Mike’s grandmother who, for years now had suffered bouts of sickness around the time Tom Jones was in concert somewhere in the world, Mike’s boss did nothing more than tweak the staff rota for the following month and thank God for the existence of zero hours contracts. 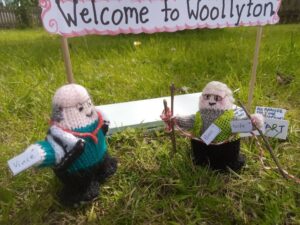 Vince’s frown disappears as he remembers it all worked out in the end because Roger eventually found the letters and posted them.  Since then Mike had sent several postcards to Betty for her to display in The Sticky Bun and some exotic spices for her to try out in her cake recipes.  He’d even enclosed a packet of seeds for Upstairs Annie to plant on the allotments so she could grow her own hay.  And now that Nellie the Knitter and Brian Behind the Paper had won the lottery and gone on a world cruise, there’d be no more complaints to deal with.  Vince finishes his coffee and smiles contentedly. 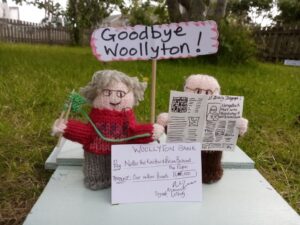 Sticky Betty sets up a table near the start line with complimentary buns for all of the runners.  She has finally used the spices Mike sent her from Amsterdam and because today is a celebration, she made an even stickier than usual topping.  Sticky Betty is sure they’ll be very popular with everyone. 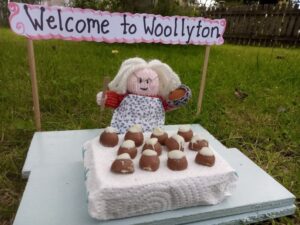 Most of the runners have eaten Sticky Betty’s spiced buns even though common sense told them to wait until they’d finished the race.  Rod has produced a red satin cape and led a riotous arm-waving, foot-stamping warm up session alongside Olga’s rendition of the pre-race briefing to The March of The Toreadors.  As Vince blows the start whistle, over on the allotments a curl of smoke rises up from a bonfire and wafts across the course.  Upstairs Annie has scythed the hay she was growing with the Amsterdam seeds and set the stubble alight to clear the ground.  As the runners pass by on the first loop the smoke has dissipated into a pungent, greyish haze and by the time they approach on the second loop, Vince wonders if he needs to remind the clubs about taking the race seriously because the runners seem to be doing a Conga into Woollyton Woods. 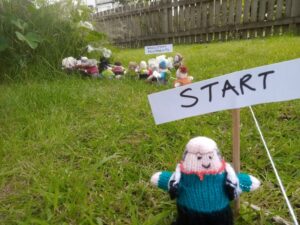 Vince checks his watch.  He sent Roger into the woods more than 15 minutes ago to look for the runners and there’s been no sign of him since.  Vince shudders as he anticipates having to deal with another HQ email but then sighs with relief as a lone figure walks out of the trees and heads for the finish.  Rosie strolls over the line and raises her arms in triumph, claiming victory for walkers the world over and dismissing the disappearance of all the other competitors as irrelevant.

Vince decides that he will have to send a search party into Woollyton Woods.  He looks around and realises he is alone in the playing field except for Rod and Olga who are doing an Argentine Tango near the still smoky allotments.  Vince puts on his Run Director vest, his brave face and follows the taped course into the trees.  It’s not long before he hears a man’s voice singing.  Soon he reaches a clearing full of runners who are swaying back and forth to the music.  Upstairs Annie is carrying a smouldering pile of hay and a misty cloud hangs in the air.  Standing on top of makeshift stage is the gyrating figure of a black-shirted man.

“Why? Why? Why?” Vince takes a deep breath and starts to feel a little bit dizzy.

“So before – I sent Roger a note saying I’d be back today – they come to break down the door.” Mike’s voice booms out and his hips swing from side to side.

Vince’s hips feel an urge to do the same.  He briefly wonders whether his replacement will cope and then decides there’s only one way to find out. He pushes his way through the crowd to stand next to Mike on the stage, puts his NHS orthopaedic surgery under stress it was never designed for and along with everyone else, goes for it. 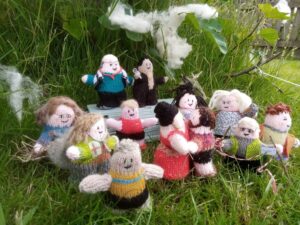 Email from Run HQ to Vince

Hi Vince, We heard you had a special Run last Saturday.  Would you like to tell us more about it?

Email from Vince to Run HQ

The End.  My next blog should (fingers crossed) appear in mid-July.  Until then #staysafe #bekind #keepsmiling