I hate Zoom.  I haven’t tried Teams but I rather think I might hate that too.  Both of them – as well as Google Meet, Skype and Webex, in fact all video conferencing platforms – are likely to be on my list of things which are first up against the wall when the revolution comes.  And do you know why?  Because no-one has ever given me instructions on how to cope with seeing myself in a little box on the screen, so I’ve got to assume the fault lies with the technology and I want revenge.  Why, oh, why, instead of watching other participants as they speak am I transfixed by my overgrown fringe, how saggy the skin on my neck looks and whether I should wear or take off my glasses?  I must presume that it’s because the designers of digital tools want me to stare, bug-eyed and vacuous, into infinity instead of looking interested in what’s being said. 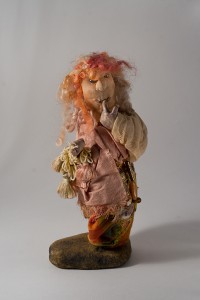 And the other thing I hate about Zoom et al is the “Shall we go round the room with everyone just saying something to introduce themselves?”  At a proper meeting this sort of thing is rehearsed informally as everyone settles into their seats and waits for facilitator to organise their slides.  By the time the introductions are being done you get a sense of what sort of thing to say and how long to talk for.  Not on Zoom though.  Which is why I want to apologise to everyone who I met for the first time on a Zoom training course yesterday.  It had been organised by Carol at Applied Arts Scotland  and Irene of Craft Scotland and was part of their Resilience Programme.   Not surprisingly, I was miffed even before we started because I would have much preferred to have gone to Scotland to be trained rather than sit in my gloomy workroom which overlooks a grey concrete yard instead of heather-strewn hills and glorious lochs.

By the time it was my turn to speak I had lost track of reality and in particular, I had lost track of the fact that there were other people on the Zoom  watching my pixelated face droning on and on about completely irrelevant and nonsensical whimsies (and probably losing the will to live as well).  Of course what I should have done was think in advance about what I was going to say.  This has never been a problem in face to face encounters but for some reason, Zoom makes me speak in a most un-me-like way.  I am renowned amongst those who know me and have the courage to express such an opinion, for being succinct to the point of curtness.  This ability deserted me yesterday because in introducing myself to these 11 strangers, for some reason I decided to roll back the clock fifty years and whitter on about my very brief teaching career.  From that point I brought in imaginary floaty balloons, a resumé of ALL the adult education studies I undertook in my 20s and the fact that we now only have one chicken left but that she is 10 years old and still lays the occasional egg.  Sadly none of this had anything to do with the subject of the meeting.

So in the unlikely event of a revolution and someone asking me for my choice of what’s first up against the wall, I reiterate that it will be Zoom, Teams, Google Meet, Skype and Webex.  In the more probable circumstance that I will soon be involved in another video conference – and, just in case anyone on yesterday’s training is reading this – I have pinned a piece of paper to the wall in front of me and out of  the webcam’s range which reads:  “Hi, I’m Maria.  I have a portfolio of activities.  I am a textile artist and writer inspired by the legend, landscape and people of Wales; I am a dollmaker particularly interested in the social and cultural history of dollmaking as a domestic craft and I also work as a freelance mentor and strategist where I specialise in lifelong learning and craft business start-ups.” One minute instead of twelve and not a floaty balloon or geriatric chicken in sight.